In Genesis II:1, we are informed:

“And the whole earth was of one language and of one speech”.

The more one studies the various languages (and dialects) in the world, the more it becomes clearer and clearer that there was originally one language that split into various tongues. The Bible and ancient writers affirm such an original language. Because of false pride and the prejudices of Western academia and religious (Judaism, Christianity, and Islam) zealots, the origin of this universal mother language has been ignored. Evidence confirms that Ancient Egypt is the single source of universal language.

On this subject matter, Plato admits the role of Egypt in his Collected Dialogues [Philebus 18-b,c,d]:

“SOCRATES: The unlimited variety of sound was once discerned by some god, or perhaps some godlike man; you know the story that there was some such god in Egypt called Theuth…

It was because he realized that none of us could ever get to know one of the collection all by itself, in isolation from all the rest, that he conceived of ‘letter’ as a kind of bond of unity, uniting as it were all these sounds into one, and so he gave utterance to the expression ‘art of letters,’ implying that there was one art that dealt with the sounds.“

The reference to “Theuth” above [in Plato’s Collected Dialougues] is the same “Theuth” mentioned in the Phaedrus, where we are explicitly told that he was an Ancient Egyptian neter (god), “the one whose sacred bird is called the Ibis”, so as to exclude all doubt about his identity. It is obvious that his account is based on a genuine Egyptian tradition, because the ibis-headed Theuth [Thoth] is an Egyptian neter (god).

Theuth [Thoth] is portrayed as an ibis-headed figure, writing on a tablet.

It must be noted that the Ancient Egyptians NEVER gave credit to a mortal human for any “invention” and always gave the credit to the Divine’s attributes/qualities/energies being represented by the Neteru (gods, goddesses) as the only source of knowledge.

It is very clear that Plato (in Philebus [18-b, c, d]) did not refer to pictorial forms of expression (hieroglyphs), but rather to expression by individual and diverse letters, each with its own particular sound value.

Several of Theuth [Thoth]’s attributes were confirmed by Diodorus of Sicily:

“It was by Thoth, according to Ancient Egyptians, that the common language of mankind was first further articulated, and that many objects which were still nameless received an appellation, that the alphabet were defined, and that ordinances regarding the honors and offerings due to the neteru (gods, goddesses) were duly established; he was the first also to observe the orderly arrangement of the stars and the harmony of the musical sounds and their nature.“ [Book I, Section 16-1]

Most modern western scholars affirm explicitly and implicitly that the Ancient Egyptian alphabet (and language) are the oldest source in the world. In his book, The Literature of the Ancient Egyptians [page xxxiv-v], the German Egyptologist Adolf Erman admits,

The Egyptians alone were destined to adopt a remarkable method, following which they attained to the highest form of writing, the alphabet. . .

The British Egyptologist, W.M. Flinders Petrie, in his book, The Formation of the Alphabets [page 3], concluded,

From the beginning of the prehistoric ages, a cursive system consisting of linear signs, full of variety and distinction was certainly used in Egypt.

Petrie’s tabulation of these alphabetical signs shows that:

1. All alphabetical letter-forms were present in Ancient Egypt since early predynastic eras (over 7,000 years ago), prior to any place else in the world.

2. All the Egyptian alphabetical letter-forms are clearly distinguishable in the oldest recovered so-called Egyptian “hieratic writing”, more than 5,000 years ago.

3. The same exact Ancient Egyptian letter-forms were later adopted and spread by other people throughout the world. 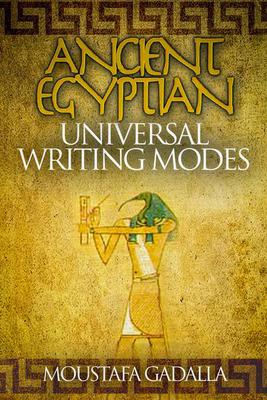