Many researchers found that there was some property in the pyramidal shape that made it responsible for extraordinary powers. They experimented with various items by placing each item in the equivalent position of the “King’s Room” within a scaled model of a correctly oriented pyramid. They found out that highly perishable materials were preserved, blunt, old-fashioned carbon steel razor blades regained their sharp edges after an overnight stay, etc. Many concluded that the pyramidal shape itself was responsible, and somehow changed the physical, chemical, and biological processes that might take place within that shape. This experimentation led to the phenomenon known as “Pyramid Power”.

One feels the power of these Egyptian pyramids when inside or outside them because their configurations are harmonically proportioned.

The pyramids were harmonically proportioned to act/function in the same fashion as greenhouses – i.e. to attract and retain certain energies. In the case of the Egyptian pyramid, it should be called the bluehouse effect.

In the case of greenhouse effect, it is the retention of heat from sunlight at the earth’s surface, caused by atmospheric carbon dioxide, that admits shortwave radiation but absorbs the long wave radiation emitted by the Earth.

In the case of the bluehouse effect, the building retains the orgone energy. Orgone comes from outer space. It is what makes the stars twinkle, and the sky blue.

Orgone can be accumulated by building a box with wood on the outside and sheet iron on the inside. The organic material lets the orgone through, and the metal interior reflects it.

This condition/phenomenon could therefore be called the bluehouse effect. Abnormally high concentrations of psi-org energy build up inside such a box.

Psi-org combines abbreviations for psychic and orgone energy. They are different names for the same force. The psi field, which produces the human aura and is responsible for all psychic powers, is none other than what Wilhelm Reich, Freud’s controversial Austrian disciple, called ‘orgone energy’.

The Egyptians knew all about psi-org energy, because they used it. The Ancient Egyptians were the first to discover that the shape of a well-proportioned pyramid can concentrate the psi-org energy.

The bluehouse effect increases drastically when the surface of the pyramid is laminated.

Early historians and travelers told us how the casing stones of the pyramids used to shine. Casing stones were quarried during and after the 13th century, to build mosques and palaces or for burning lime.

The testing of this type of energy was done by Dr. Harald Puton, a very competent Belgian physicist who found that every form of psi energy is increased by sitting under such a harmonically-proportioned pyramid. Such a person is more telepathic, more clairvoyant, and more precognitive. It is easier to initiate out-of-body experiences under these conditions. Additionally, the body’s aura is more intense inside a pyramid.

The Energy Channels Of Pyramids’ Interiors

As stated earlier, the genuine solid stone pyramids of Egypt have narrow passageways and some empty rooms which are totally devoid of any funerary inscriptions and features.

[An excerpt from The Egyptian Pyramids Revisited by Moustafa Gadalla]
https://egyptianwisdomcenter.org/product/the-egyptian-pyramids-revisited/ 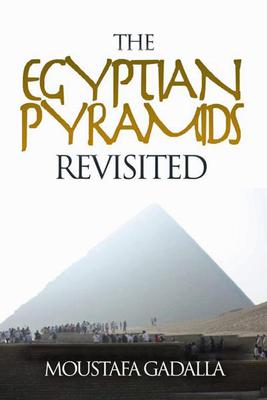