The Three Roles Of Each Egyptian Hieroglyphic Image

The ‘Hieroglyphics’ of Horapollo is the only true hieroglyphic treatise preserved from classical antiquity. It consists of two books, one containing 70 chapters and the other 119; each dealing with one particular hieroglyph.

The relationships between sign and meaning were, according to Horapollo, always of an allegorical nature, and it was always established by means of ‘philosophical’ reasoning.

Accordingly, each Egyptian hieroglyph has a short heading describing either the hieroglyph itself in simple terms (as, for instance, ‘the explanation of the picture of a falcon’), or else stating the nature of the allegorical subject to be explained, such as ‘how to signify eternity’ or ‘how to signify the universe’.

Likewise, Clement of Alexandria, in Stromata Book V, chapter IV, tells us the two main roles (Literal and Symbolic) of the Egyptian hieroglyphs, and how the later (Symbolic) contains two roles—being figurative and allegoric [mystical]:

“The Egyptian Hieroglyphic, of which one aspect is by the first elements is literal, and the other Symbolic.

Of the Symbolic, one kind speaks literally by imitation, and another writes as it were figuratively; and another is quite allegorical, using certain enigmas.”

“Wishing to express Sun in writing, they make a circle; and Moon, a figure like the Moon, like its proper shape”.

“But in using the figurative style, by transposing and transferring,
by changing and by transforming in many ways as suits them, they draw characters”.

“Let the following stand as a specimen of the third species-the Enigmatic. For the rest of the stars, on account of their oblique course, they have figured like the bodies of serpents; but the sun, like that of a beetle, because it makes a round figure of ox-dung, and rolls it before its face. And they say that this creature lives six months under ground, and the other division of the year above ground, and emits its seed into the ball, and brings forth; and that there is not a female beetle.”

Clement, like ALL classical writers of antiquities, asserted that the Egyptian hieroglyphics represent true images of the divine law. The relationships between sign and meaning were always of an allegorical nature, and it was always established by means of ‘philosophical’ reasoning.

To summarize, the symbolic hieroglyphic writing is basically divided into three roles:

In fact, these categories describe relationships between visual forms and their meanings. A visual form may be mimetic or imitative, directly copying features of the object it represents; it may be associative, suggesting attributes which are not visually present such as abstract properties incapable of literal depiction; and finally, it may be symbolic, meaningful only when decoded according to conventions or systems of knowledge which, though not inherently visual, are communicated through visual means.

Each particular hieroglyph can be expounded from

– obvious/direct meaning of the sign, or
– by each’s specific employments in the various contexts.

The rules governing the conception of allegories and symbols, with their subtle distinctions between cyriologic, tropological metaphorical, anaglyphical, and enigmatical comparisons, made such symbolic interpretations possible.

Such hieroglyphic expoundings combine the total religious, philosophic, and scientific knowledge into a grand vision of a living cosmology.

All ancient writers of antiquity agree, such as the neo-Platonist philosopher Lamblichus, who wrote, in his De Mysteries: “The Egyptian hieroglyphic characters were not fortuitously or foolishly made, but with great ingenuity, after the example of Nature. Various Hebrew and Arabic authors concurred. They enshrine ‘not histories or eulogies of kings, but the highest mysteries of Divinity.”

The triple-layered aspects of Egyptian hieroglyphic images are consistent with the general Egyptian thinking of the transcendentalist consciousness—the correspondence between consciousness and consciousness—and so goes any possible consciousness; and so, the world. In the Egyptian texts, there is no artificial distinction between ‘sacred’ and ‘mundane.’

This is the basis of the ‘theory of correspondences’, and indeed of all traditional symbolism in which a true symbol is imbued with some of the power of its original. Contrary to the anthropological view of the origin of symbols in mere similarities, this doctrine regards them as primary realities whose actual relationship is perceived by man’s higher intellect.

There must be something identical in a picture and what it depicts—an identity of the ‘latent structure.’

The ideogram is an accurate mode of depicting reality. The traditional interpretation of communication purports to treat the material sign as the mere appearance of an underlying ideal reality.

Depiction is not synonymous with copying nature; ideogrammic writing is mimetic only in the sense that it attempts to enact natural processes.

The difference between pictures and world is that the world is ‘the sum-total of reality’, but a picture only ‘represents a situation in logical space’.

Ideograms may be defined to be pictures intended to represent either things or thoughts. There are two kinds of ideograms:

1) Pictures or actual representations of objects;
2) Pictorial symbols, which are used to suggest abstract ideas.

[An excerpt from The Egyptian Hieroglyph: Metaphysical Language by Moustafa Gadalla]
https://egyptianwisdomcenter.org/product/the-egyptian-hieroglyph-metaphysical-language/ 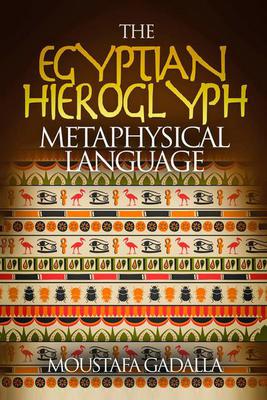