The Peoples Of Egypt

The Egyptians are remarkably traditionalist to a fault. Throughout the history of Egypt, the emphasis was the adherence to traditions and Egyptians NEVER deviated from such principles. In the oldest surviving text of the world (5,000 years ago), the Egyptian scribe, Ptah Hotep, states:

Don’t modify/change anything from your fathers (ancestors) teachings/instructions—not even a single word. And let this principle be the cornerstone for teachings to future generations.

The Egyptians never deviated from this principle. Early historians have attested to this fact, such as Herodotus, in The Histories, Book Two, [79]:

The Egyptians keep to their native customs and never adopt any from abroad.

The Egyptians are unwilling to adopt Greek customs, or, to speak generally, those of any other country.

The essence of such traditionalism is in the Egyptians total adherence to precedence established by their ancestors. Everything they did, every action, every movement, every decree had to be justified in terms of their ancestral precedence to abide by and to explain their actions and deeds. The Ancient and Baladi Egyptians entire sociology and existence, from beginning to end, is nothing but a long chain of ancestral precedents every single link and rivet of which became a custom and a law, from their spiritual fathers unto themselves, in the flesh. Plato and other writers affirmed the complete adherence of the Egyptians to their own traditions. Nothing has changed with this attitude since then, for each traveler to Egypt since that time has confirmed the allegiances to such conservatism.

With all the false claims of how the Ancient Egyptians changed their ways, languages, religion, traditions, etc, careful study will show that such claims are mere mirages. The truth is that the ancient traditions never died, and they continue to survive within the silent majority, who are called (and they call themselves) Baladi, meaning natives. The loud minority of Egyptians (high governmental officials, academicians, journalists, and the self-proclaimed intellectuals) are described by the silent majority as Afrangi, meaning foreigners.

The Unchanging Baladi—the torch-bearers of the Ancient Egyptian ancestors were cavalierly stripped of their nationality as explained next.

It is commonly acknowledged that history is written (more correctly dictated/colored) by the winners of the latest conflict(s). As a result, it has been written and repeated: that the Ancient Egyptians accepted the domination of the Ptolemaic and Roman rules; that they had willingly changed their religious beliefs into Christianity; and a short time later, they willingly accepted Islam as a substitute for Christianity. Accordingly, many conflicting sides (Eurocentrists, Afrocentrists, Islamists, Christians,…etc.), who use Ancient Egypt to promote eachs own agenda, insist that the ancient religion, language, and traditions have died. Such unfounded fallacies were reinforced by the minority Afrangi Egyptians who serve the interests of the Arab conquerors ever since 640 CE have dedicated their efforts to denouncing their ancestral heritage.

Because of the passive nature of the Baladi Egyptians, many people invented theories about the identity of the Egyptians that have absolutely no scientific and/or historical basis whatsoever. The premise of their baseless assertions is by division and racial identification of the people of Egypt, based on their assumed religions. Some claim that the Islamized population of Egypt (about 90%) are Arab settlers from the Arab Peninsula. The Christian population (about 10%) are claimed as the true Egyptians, referred to as Copts, descendants of the Ancient Egyptians. Others claim that the Islamized population of Egypt is of a mixed blood of the Ancient Egyptians and of the Arabs who invaded Egypt in 640 CE. The Ancient Egyptian blood does not exist anymore.

The Christian population of Egypt is markedly different than the Moslem population. Actually, the Christians in Egypt are NOT natives of Egypt, but a foreign minority that came to Egypt, from Judaea and Syria to serve the interests of the Romans to man their military garrisons and/or to collect the various taxes imposed by the Romans. It is not a coincidence that the concentrated centers where the present Christian population of Egypt reside, are exactly the same locations where the Romans maintained their military and administrative (tax collection) centers. Now, 2,000 years later, these Syriac people are easily distinguishable in looks and mannerisms from the majority of native Egyptians. Foreign visitors, such as the British researcher, E.W. Lane, affirmed such differences in his book, The Manners and Customs of the Modern Egyptians [1836].

Unlike the foreigners (Syriac and otherwise) living in Egypt, the native Egyptians never converted to Christianity. It was the Syrian migration to Alexandria that constituted the bulk of the early Christians to Egypt. In 312 CE, Christianity was made the official and only religion of the Roman Empire. A short time later, the Roman Empire split. Egypt became part of the Eastern (or Byzantine) Empire in 323 CE. Constantine’s declaration to make Christianity the official religion of the empire had two immediate effects on Egypt. Firstly, it allowed the Church to enhance the organization of its administrative structure and to acquire considerable wealth; and secondly, it allowed Christian fanatics to destroy the native Egyptian religious rights, properties, and temples. For example, when Theophilus was made Patriarch of Alexandria in 391 CE. A wave of destruction swept over the land of Egypt. Tombs were ravaged, walls of ancient monuments defaced, and statues toppled. The famed Library of Alexandria, which contained hundreds of thousands of documents, was destroyed. The fanatic early Christians went on appropriating Ancient Egyptian temples. In the 4th and 5th centuries, many ancient temples on the west bank of Ta-Apet (Thebes) were converted into monastic centers.

There is no archeological evidence, outside Alexandria, to substantiate the Christians overly exaggerated popularity claims. The Ancient Egyptians did not need any new enlightenment from the Christian fanatics, since the very thing that is now called the Christian religion was already in existence in Ancient Egypt, long before the adoption of the New Testament. The British Egyptologist, Sir E. A. Wallis Budge, wrote in his book, The Gods of the Egyptians [1969],

The new religion (Christianity) which was preached there by St. Mark and his immediate followers, in all essentials so closely resembled that which was the outcome of the worship of Osiris, Isis, and Horus.

The main difference between the Egyptian and the New Testament versions is that the Gospel tale is considered historical and the Egyptian Ausar/Auset/Heru story is an allegory. The British scholar A.N. Wilson pointed out in his book, Jesus:

The Jesus of History and the Christ of Faith are two separate beings, with very different stories.

The history of the political and doctrinal struggles within the Church during and after the 4th century has largely been written in terms of the disputes over the nature of God and Christ and the relationship between them. These parties were distinguished by the familiar names Jacobite or Coptic, and Melkite or Royalist. The Jacobites were by creed Monophysites, by race mainly, though not exclusively people born in Egypt, but of foreign descent (mistakenly thought of as native Egyptians); while the Melkites were orthodox followers of Chalcedon and for the most part of Greek or European origin.

Monophysites had, from the outset, espoused a doctrine of Christ, which placed the greatest possible emphasis on his divinity, and rejected that he had a human nature. When the orthodox theologians of Rome and Constantinople agreed at the Council of Chalcedon, in 451, that Christ was to be worshipped in two natures inseparably united, the Monophysite opposition contended that though Christ could be out of two natures, he could not be in two natures. As a result, in 451, during the reign of the patriarch Dioscorus, the Monophysite Church in Egypt broke away from the Melkite Orthodox Church, and elected its own patriarch. Since the Council of Chalcedon in 451, each of the two Churches had its own separate patriarch and administration.

We hear a lot about the prosecution of the Copts. Yet it was they who asked for it, by not accepting other religious beliefs, including their fellow Melkite Christians. Their rejection of others religious rights was violent and destructive. Even though they were allowed to have their own patriarch, they insisted on denying Melkites and others their right to worship in their own way. The so-called persecution was blamed on Cyrus, who was sent as Imperial Patriarch to Alexandria in 631 CE. The double succession of pontiffs was maintained. Cyrus first tried a compromise between the two factions (Melkites and Monophysites). The compromise was rejected by the Monophysites who did not recognize his authority.

Cyrus had to restore order, on behalf of his Emperor, for the Monophysites had terrorized and destroyed those who merely didn’t agree with their fanatic interpretations. Did Cyrus persecute the Monophysites, or did they ask for his reaction by rejecting him and his authority? By extension, they had been prosecuting the land and people of Egypt (their host) for several centuries, and ironically, Cyrus, the Christian, gave them a taste of their own medicine.

When the Moslem Arabs, in December 639 CE, set out to conquer Egypt with a few thousand men, their task was relatively simple, aided by the active support of the non-Egyptian Christian Monophysites. After less than two years of fighting and political maneuvering between the Arab invaders and the Byzantines, Cyrus signed a treaty with the Arab Moslems on November 8, 641, which called for the total withdrawal of Roman soldiers, imposing a tribute on all able-bodied males, and a tax on all landowners. The only parties to the treaty were the Moslem Arabs and the non-Egyptian Christians, who gave away a country (Egypt) that was not theirs.

Because of the active cooperation of the Christians, the Moslem Arab conquerors favored the Monophysite Church, using it to assist them in collecting the poll-tax levied on the native Egyptians. In other words, the Arabs maintained the same administration of tax collection that was under the Roman/Byzantine rule. In return, the Christians were guaranteed the right to continue to practice their religion. The final defeat of Byzantine rule in Egypt came when their soldiers evacuated Alexandria, in 642 CE. From that date, Egypt became an Islamic/Arab colony being governed by foreigners either directly or indirectly via the Afrangi Egyptians.

Under Islamic rule, a person must officially announce his allegiance to one of three approved religions [Islam, Christianity, and Judaism], since Islamic law imposes an additional special tax (known as Jizya) on Christians and Jews. The Egyptian population, controlled or threatened by the Arab invaders (and their tax collectors—Christians), had to declare one of the three approved religions. Such declaration was a necessity and never a true conversion. Once a person announced his Islamization, he could never change, since that would be considered blasphemy, which is punishable by death at the hands of any Moslem. Additionally, all the offspring of Islamized people are automatically considered Moslems under Islamic law and hence can never denounce Islam.

The term, Copt, predates Christianity and is the common word used by the Greeks for an Egyptian. The Arabs, after 640 CE, used this general term to label the non-Moslem Egyptians, and referred to the Islamized population as Arabs. In other words, the winners of the 640 CE invasion capriciously changed the race of Egyptians to Arab because of a religion that was imposed on them by the conquerors. As a result, the term Copt took on a different meaning by the 7th centuryto mean Christian instead of Egyptian.

The Egyptians were invaded over and again, without ever putting up any real resistance. The Baladi Egyptians learned to maintain their ancient traditions under a thin layer of Islam. A common Egyptian proverb describes their survival mode,

He/she plays with an egg and a stone to protect the delicate egg from being cracked by the stone.

[More about the Islamization of Egypt in other books by Gadalla, such as Egyptian Mystics: Seekers of the Way, The Enduring Ancient Egyptian Musical System, and Egyptian Cosmology: The Animated Universe.]

For more information about the Ancient (and present-day) Egyptian population, their nature, housing, etc., refer to: 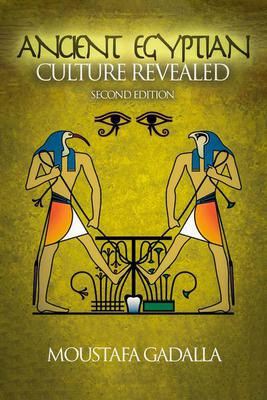 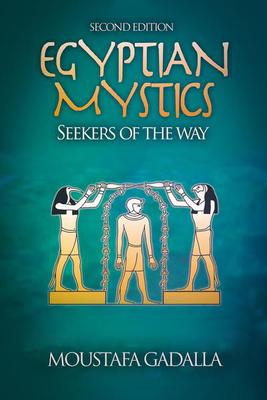